McKinney has spent a total of $110,571.78 on just McKinney's in house legal (Brown & Hofmiester). Custer Storage will also get a settlement from McKinney when all this is over because they should have never been dragged through this legal game. 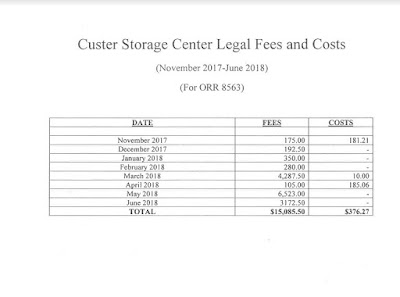 Arch was settled earlier this year. 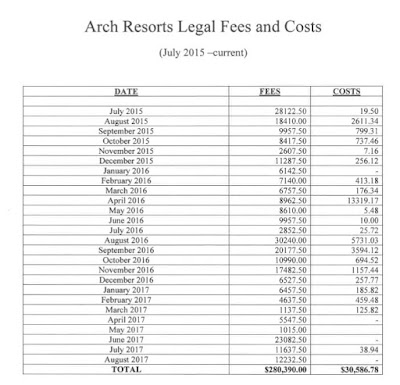 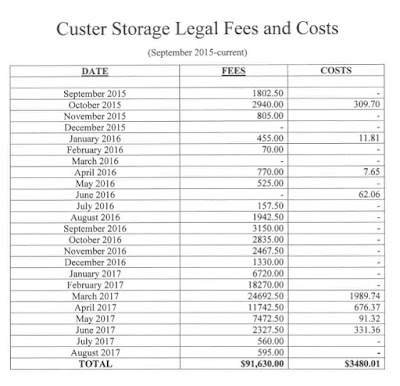 Trial has been pushed to 11/27 due to all parties requesting it.
From the court lookup:
"Ptys appeared for pre-trial and asked for continuance. Ptys stated they are close but the City council has to meet and vote. Ct. agreed to reset trial to 11/27/17 but the current filing deadlines remain in place and the universe of filings/motions/pleadings cannot change except for the items listed in the Ct.'s pre-trial instructions.--SJB"

8/20/17 - Custer Storage Update:
it looks like the city appealed the ruling

Update - In the Custer Storage case, the judge sided with the interpretation of subdivisions and plats as being the same thing. McKinney has maintained that plats and subdivisions were different based on their older subdivision ordinance.

Since Custer Storage did not subdivide, they did not need to go to the city of McKinney for building permits.

This issue is really between the city of McKinney and Collin County about which entity is in charge of what in the Extraterritorial Jurisdiction (ETJ). Since McKinney decided to throw two business/landowners into the disagreement by ordering them to stop work on their businesses, we need to take a look at what's going on.

If you have time to read all of this, it's pretty interesting. I saw it on the agenda for the last City Council meeting under the Executive Session area a while back. I then found that Texas Public Policy Foundation (TPPF) filed legal brief in support of Arch Resorts saying that the city of McKinney was protecting special interests....I was intrigued. The Arch Resorts case revolves around land close to the 75 around the Trinity Falls area. Arch Resorts wants to be a hotel for RVs. Arch bought land that had been for sale for quite some time in 2014. They got permits in 2014 and 2015 from the county because the city said they didn't need them from McKinney. Not surprisingly, McKinney decided to annex that entire ETJ area in March of 2015.

TPPF said of this case: “The City of McKinney has very limited authority in its extraterritorial jurisdiction (ETJ). It does not represent the people in the ETJ, and any power it has over them must be clearly granted by the Legislature, and narrowly interpreted by the courts. Yet, McKinney is trying to exercise broad ‘health, safety, and welfare’ powers outside its jurisdiction.”

Read the side of the little guy, Arch Resorts. If you want to know the special interests that are mentioned, read around page 5. I have no idea if any of what they said is true or not.

Here's the City of McKinney's legal filing in the Arch lawsuit. Yes, we are all paying for this. The legal counsel on this case for McKinney is Brown & Hofmeister.

The other land owner being sued by the city of McKinney is Custer Storage. Again, land was purchased and building began before McKinney annexed the ETJ. Please see their Request for Summary Judgement.

McKinney's website has a good time line of events and copies of the 2002 Interlocal agreement and the Mayor letter to Collin County. However, McKinney's side is not the complete picture.

The Texas Association of Builders wrote a legal brief to Ken Paxton against McKinney's interpretation of its power in its ETJ that is worth a read.

In addition to that letter, there is also a copy of Collin County's answer to the Mayor letter that gives nine observations about why they did not allow McKinney to renegotiate the 2002 Interlocal agreement. See it below: