Until the city of McKinney puts this pdf up on its website, these screen shots will have to do. This is the signed and dated Development Agreement between the city and the developer.

At the 3.7.17 City Council meeting, the developer said that design could be done within 6 weeks of option approval (which was on 4.4.17), then permitting, and that the downtown parking garage would be able to be finished before the end of the year or at least by January at the latest.

As of the September 5th CC meeting,  no bids had even been accepted yet for the construction of the garage. With this delayed timeline, the original downtown parking garage would have never been built in the time suggested by the developer. What has been the delay thus far that allowed for this possible Herndon Street closing design switch? 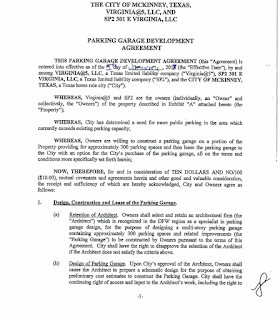 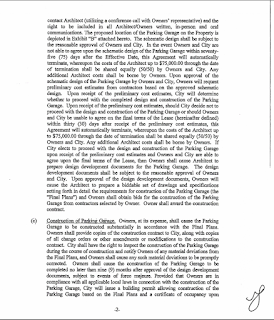 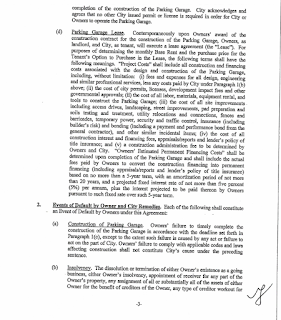 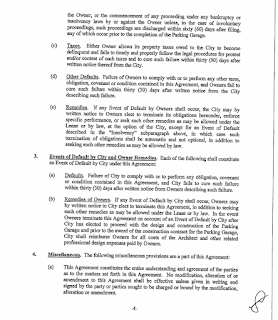 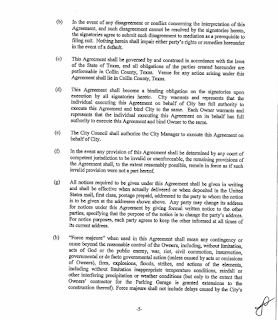 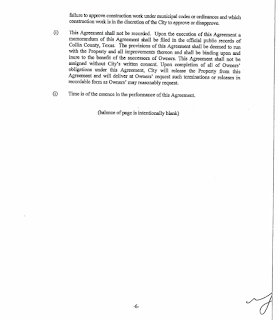 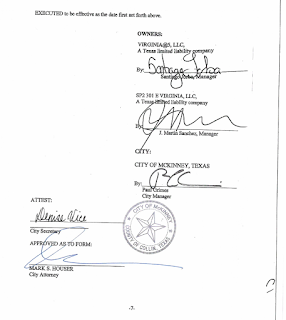 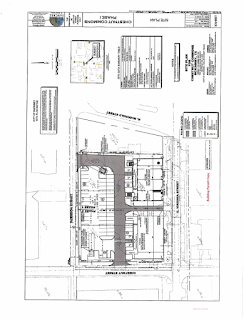 Posted by Bridgette at 6:20 AM